Elsie knew well the difficulties of designing a garden. She also knew that her own property did not possess the essential ingredient for any garden – the heavy clay and the salt air blowing off the sea and during the long winters might prove fatal to her plantings. But as with her other projects, Elsie became fully invested and succeeded. Her most important achievement, Les Jardins de Métis, was anchored in an ongoing questioning of what gardening meant. With the help of her devoted personnel, she succeeded in transforming her forest of spruce trees into a garden renowned in the circle of horticultural experts of her time. The expertise she acquired bit by bit allowed her to embark on new horticultural projects. She imported plants, most often bulbs, in large quantities, and succeeded in acclimatizing them to the rigours of the climate. Her successes were acknowledged in her own lifetime and she was invited to write articles in the lily yearbooks of the Royal Horticultural Society and the North American Lily Society. 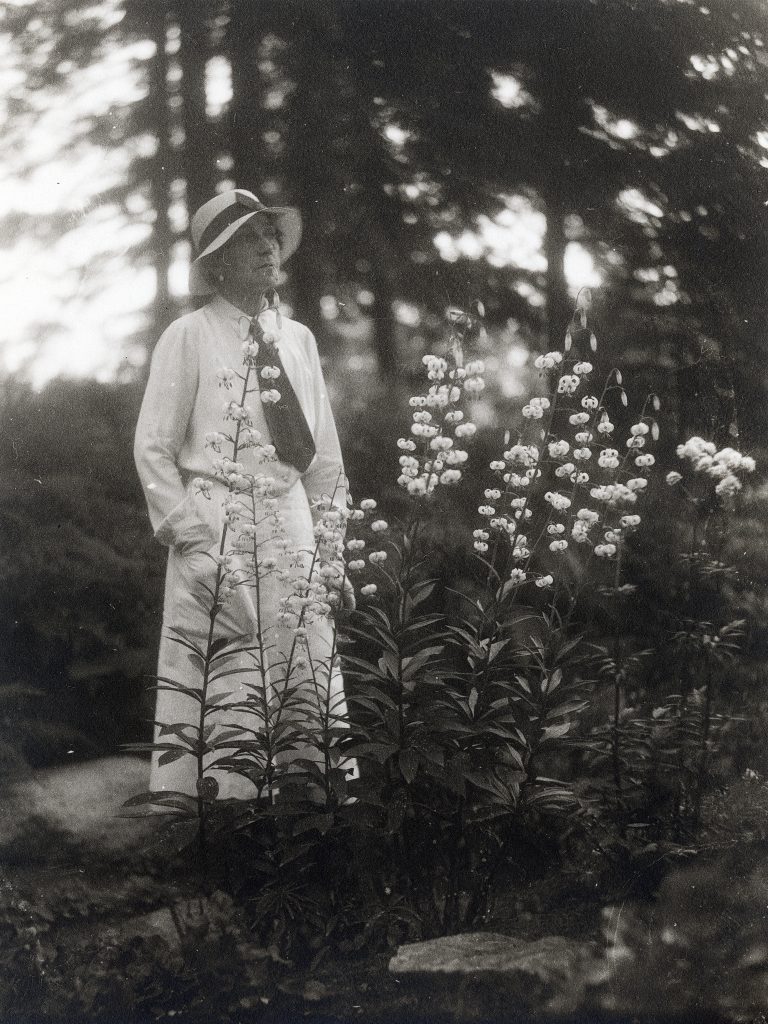 Poetic Musings on Her Gardens

The gardens she created became a passion for Elsie. This passion is palpable in her garden diaries, the notebooks in which she carefully chronicled every act in her gardens. Occasionally, she added some poetic musings. She did the same in the letters written to her husband and son Eric. She found in her gardens the same intimate contact with nature that she had previously enjoyed during her travels on horseback, a landscape less wild perhaps, but just as beautiful and inspirational. In the beginning, the garden she imagined and built were for her enjoyment and the benefit of those closest to her. She allowed the gardens to be opened to the public on just one or two occasions to the public. Today, we have the chance to visit her property that was once limited to only those she knew and liked.