When she travelled, she did so in ways that were consistent with her upbringing. In addition to attending operas and visiting great churches and cathedrals, she stayed in the best hotels. Prior to the Second World War, she even stayed in a hotel opposite where Italian dictator Mussolini was staying. Because she travelled often, she was conscious of the world around her and was sometimes critical of what she saw. A great lover and connoisseur of the arts, not every play or opera she attended met with her critical approval. 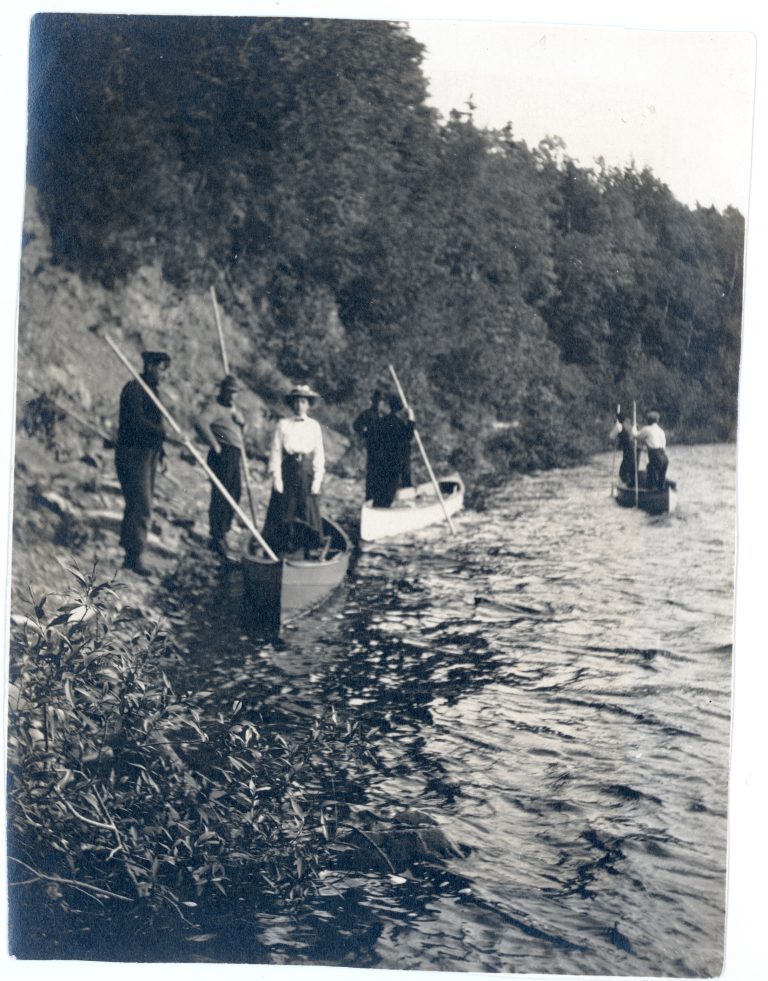 Elsie took advantage of her summers in Metis to enjoy various outdoor activities. Although fishing was a favoured pastime of the bourgeoisie, her ambitious expeditions were less so. She counted on the support of her husband and of Lord Grey, who indulged her and encouraged her not to listen to those who described her excursions as crazy. On one fishing expedition into the Gaspe Peninsula, Elsie travelled alone with a large entourage that she commanded herself, something out of the ordinary for a woman. She did not flinch at an adventure on a river that might be dangerous. Up until the mid-1920s, Elsie’s primary activity at Metis was fishing for salmon where she ventured to fish the pools of the Metis River of which she was the owner.

With her husband Robert, Elsie acquired a hunting camp on the largely empty territory to the south of Rimouski. Cariboo Camp, as they baptised it, was a place to which they escaped, sometimes as a couple, sometimes with their sons, to hunt for partridge and moose, or simply to walk in the woods and to forget for a few days the busy life they led in Montreal. Elsie loved to hunt, or at least the pursuit that formed part of the hunt, which was for her a way to be close to the action and closer still to the wildness of nature that she so appreciated.