After finishing school in Paris and Dresden, Elsie returned to Montreal and married Robert Wilson Reford June 12, 1894. She is 22 years old. Robert is destined to take the reins of the growing shipping agency founded by his father. Elsie shares with her husband a love of art. She is an accomplished musician. In him, she finds a talented photographer, someone who dabbles in drawing and watercolours and future connoisseur and passionate collector of art. Robert left an important collection of photos to his descendants, among which are found many of the images of Elsie’s gardens. Robert died in 1951; his wife Elsie lived on until 1967. 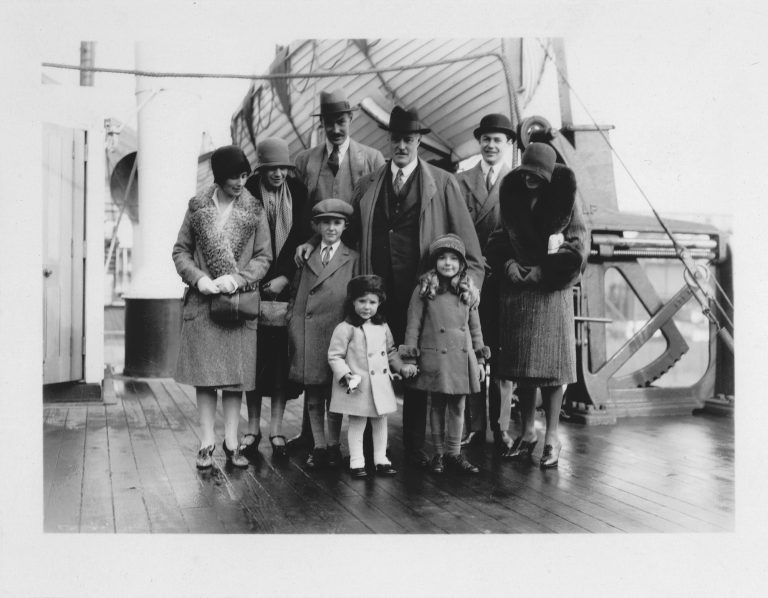 Elsie gave birth to two sons: Bruce in 1895 and Eric in 1900. The eldest led a career in the British army and rose to the rank of Brigadier. The youngest would take over the business from his father and the family shipping agency. During their youth, the boys split their time between their large and opulent home in Montreal, boarding school in England during their school years and the estate in Grand-Metis. During the summer months far from the city and its diversions, Elsie accompanied her two sons during their horseback riding expeditions, fishing and hunting. It is Elsie that introduced them to shooting and she expressed pride in their talent. Attached to Britain, Elsie enrolled her sons in the best English schools. Every fall she took them to England to accompany them during their return to school. She remained an attentive mother her entire life. She was proud of the rise through the military ranks of her son Bruce and she counted on the presence of her son Eric at her side.

Her sons gave her the pleasure of providing her with grandchildren. Bruce had three children: Robert, Maryon and Michael. Eric also had three children: Boris, Sonja and Alexis. The letters to her daughters-in-law, the many photos of her with her grandchildren and the fact that she named a garden in honour of each of her grandchildren bears witness to the affection she had for them. She also played a role in their education on various occasions, providing a home to the youngest of Bruce’s children, Maryon and Michael, after they were evacuated from England during the Second World War. Just as she had with her own two boys, she spent a great deal of time in Metis with her grandchildren.