Elsie loved to ride. Summer and winter, she enjoyed getting on her horse, particularly the one bought for her by her husband, Robert. Riding was popular among those she socialized with. It brought her hours of pleasure in the fresh air, day and night. She did not hesitate to share her happiness with Lord Grey and encouraged him to enjoy the special pleasures of winter riding in Montreal.

Winter sports were popular in her era among the wealthy. Elsie was no exception and she spent a great deal of time with her two sons skating and on the luge run. She and her husband were members of the snowshoe club, one of the most popular clubs of the time. 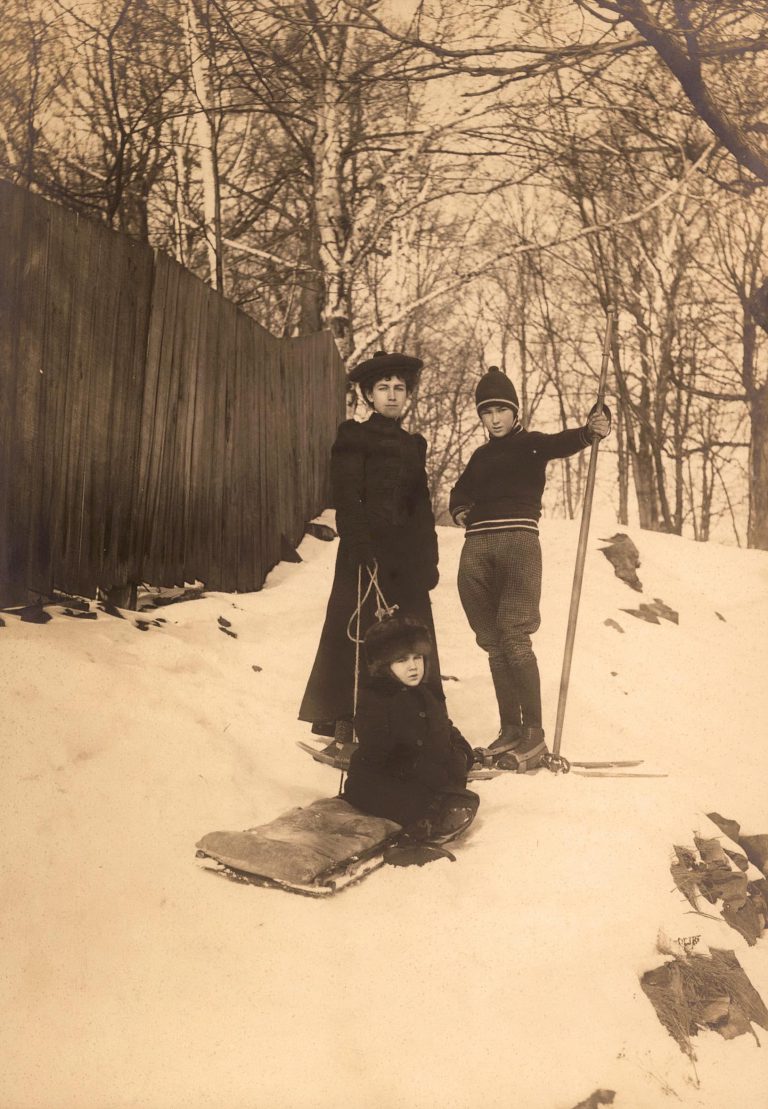 Summer brought Elsie her greatest pleasures, most of them associated with observing her gardens. A great lover of flowers, Elsie was particularly entranced by lilies and loved their fragrance. She wrote several articles on lilies for the Lily Yearbook. This annual yearbook has been published since 1947 by the North American Lily Society to promote the growing of lilies. The society, which still exists today and still publishes its annual reviews, has active members nthroughout the United States, Canada and other countries. At the time that Elsie began creating her gardens, lilies were rare in the gardens of the Lower St. Lawrence. She created one of the most important collections of lilies, many of which still border the Long Walk approaching Estevan Lodge.