During the First World War, the Canadian government issued several War Loans to finance the war effort. An important issue was announced in January, 1917. Elsie decided to invest in the loan and financed her purchase by selling various stocks in her portfolio, notably her investments in American companies. She demonstrated a good knowledge of the investor’s lingo and was well-informed about where best to invest her money. It should come as no surprise that she chose not to sell her shares in U.S. Steel at a moment when the steel industry was running at full speed to meet wartime production and where metals were in high demand. 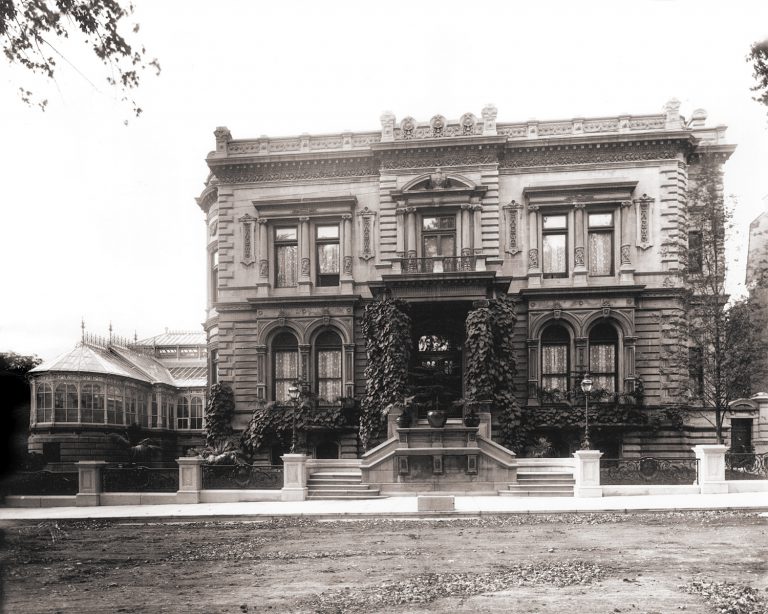 The Sale of the House

Elsie was 16 years old when in 1888 her parents moved into the Montreal home of her uncle, George Stephen. This sumptuous residence is situated on Drummond Street in the heart of what is sometimes referred to as “the Golden Square Mile”. This residential sector was home to many of Montreal’s English-speaking business magnates. With the death of their mother in 1917, Elsie and her brother Frank Meighen decided to sell the house and property. It took several years to find a buyer. It was not until 1927 that a group of businessmen created the Mount Stephen Club to transform the house into a private club. The Mount Stephen House was designated a national historic site in 1971 and designated by the province of Québec in 1975. Throughout the decade that the house was on the market, Elsie was responsible for its management and for protecting the financial interests of her two siblings.

The Montreal Maternity Hospital was founded in 1843. Linked to McGill University, it was a hospital whose mission was to provide medical care to women, particularly to women from the underclass during their pregnancy. Elsie followed in the footsteps of her mother-in-law, Mrs. Robert Reford, and served for many years as a member of the board of directors. She was board president for several years. It is difficult to provide a complete list of her functions as a board member. But we know that she organized the annual Charity Ball of Montreal, an event that attracted the best of Montreal society and helped to finance the hospital’s operations. In this role, Elsie Reford was thus at the meeting place of private and public: she undertook the philanthropic duties of a woman in society all the while assuming the administrative responsibilities generally reserved for men.